All the luminaires used in the project are entered here. 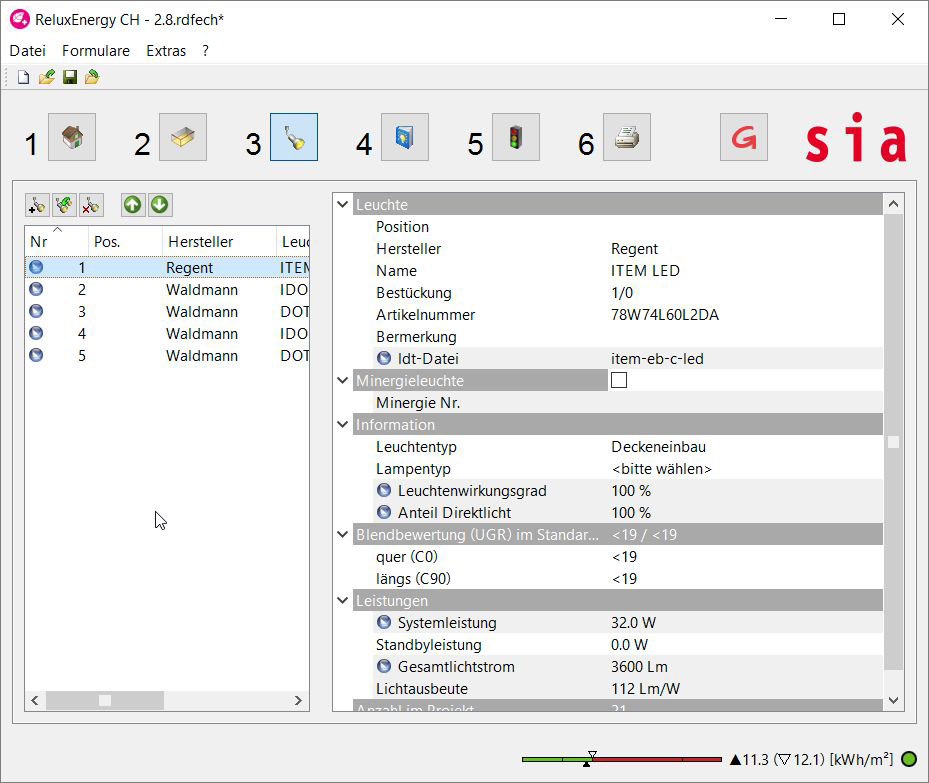 For the Leuchtennamen (luminaire names) a suitable designation is selected, which permits the unambiguous identification of the selected luminaire type.

This name appears in the selection list in Step 4 (room book). If a MINERGIE® certified luminaire is used, the corresponding box is checked

and the Zertifizierungsnummer (certification number) entered. A choice of 6 Lampentypen (lamp types) is available.

In our case, we work exclusively with LED Leuchtmitteln (LED light sources).

Workaround: If you want to add all luminaire types automatically into ReluxEnergyCH but don't want to waste time on creating the whole scenes you can do the following:

1. Create a standard room in ReluxDesktop.

2. Unter Products -> Luminaires you can add all the required luminaires into the project.

3. Then just add all the luminaires into the scene. Save the project.

4. Import the ReluxDesktop project as described in the article "Step 2: Configuring the typical rooms".

5. By importing the project into your ReluxEnergyCH you also import the luminaires which you can assign to the other rooms as described in step 4.

6. After assigning the luminaires to the other rooms you may delete the room which was imported in step 2.