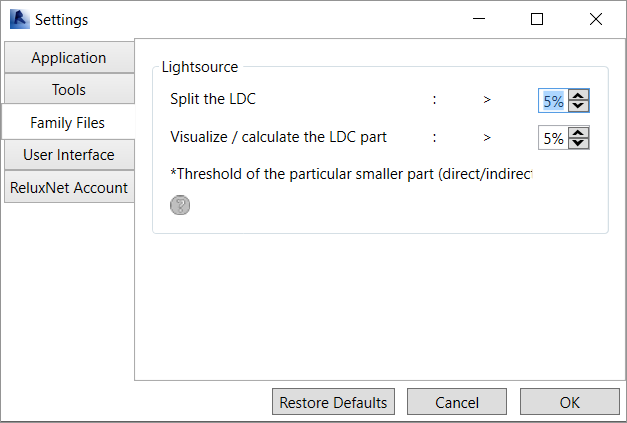 Relux calculations are similarly not affected by these settings and comply with the familiar lighting engineering requirements.

At the moment, Revit does not correctly handle the shadow that is cast by the luminaires themselves,

which is why an intervention with side-effects has to be performed with the add-on:

for luminaires with direct/indirect LDCs, the add-on attempts to split the LDCs (light distribution curves)

and to place the partial LDCs (direct and indirect percentages) at the respective edge of the geometry.

Dividing up the LDCs in this way generally leads to better and more plausible visualisations with the renderer available in Revit. 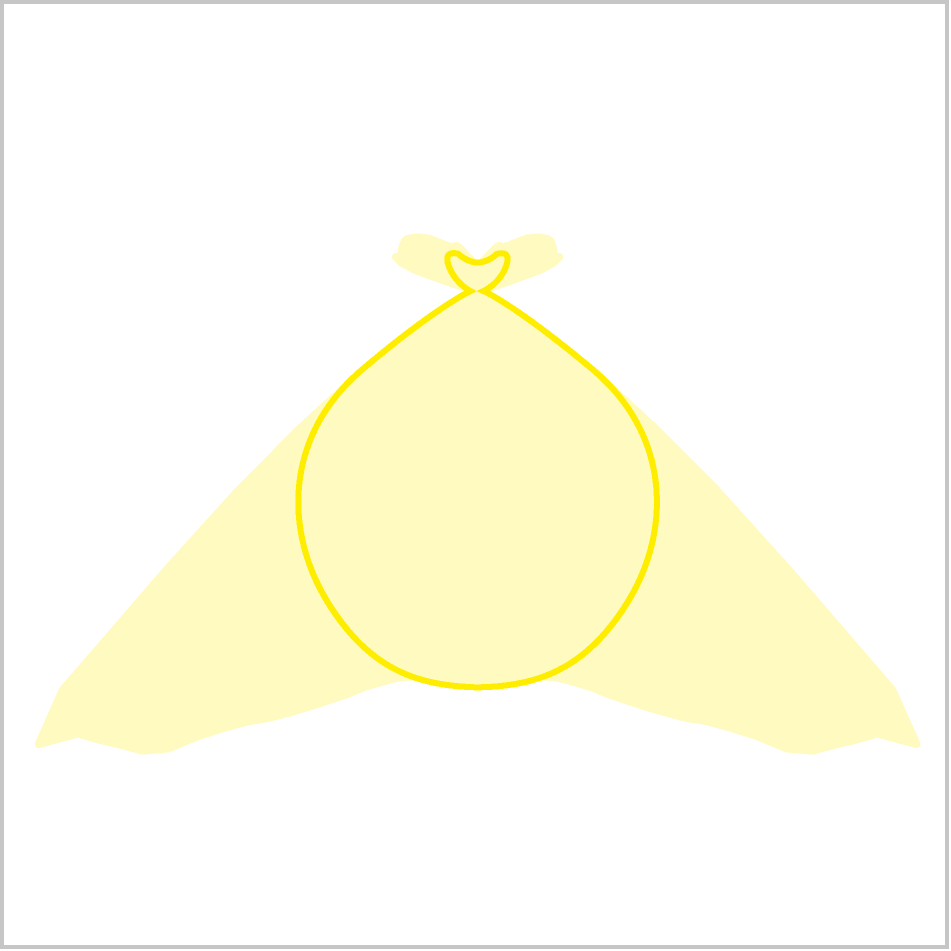 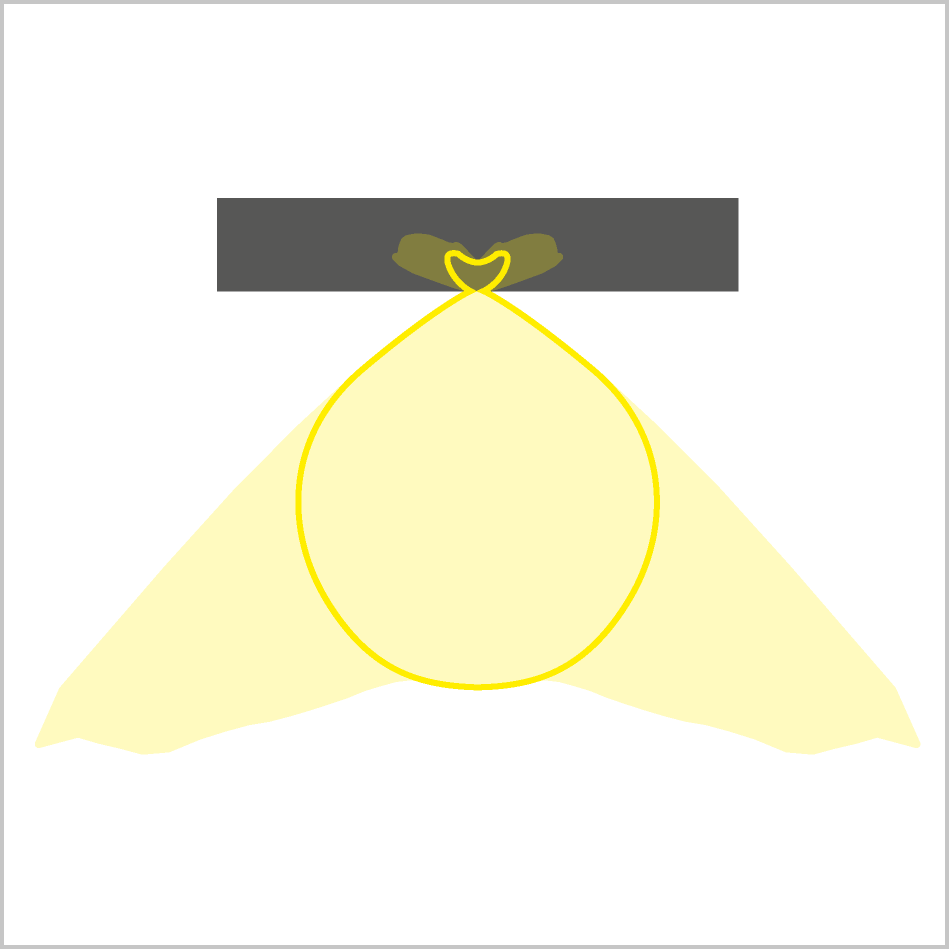 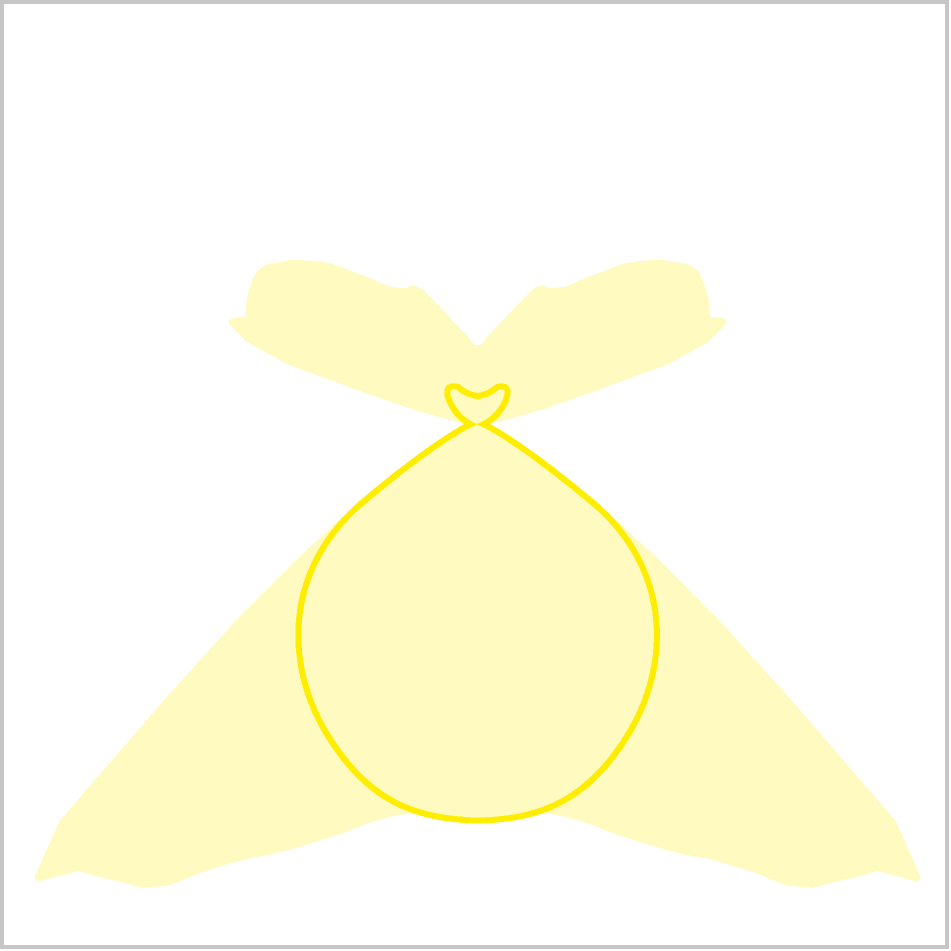 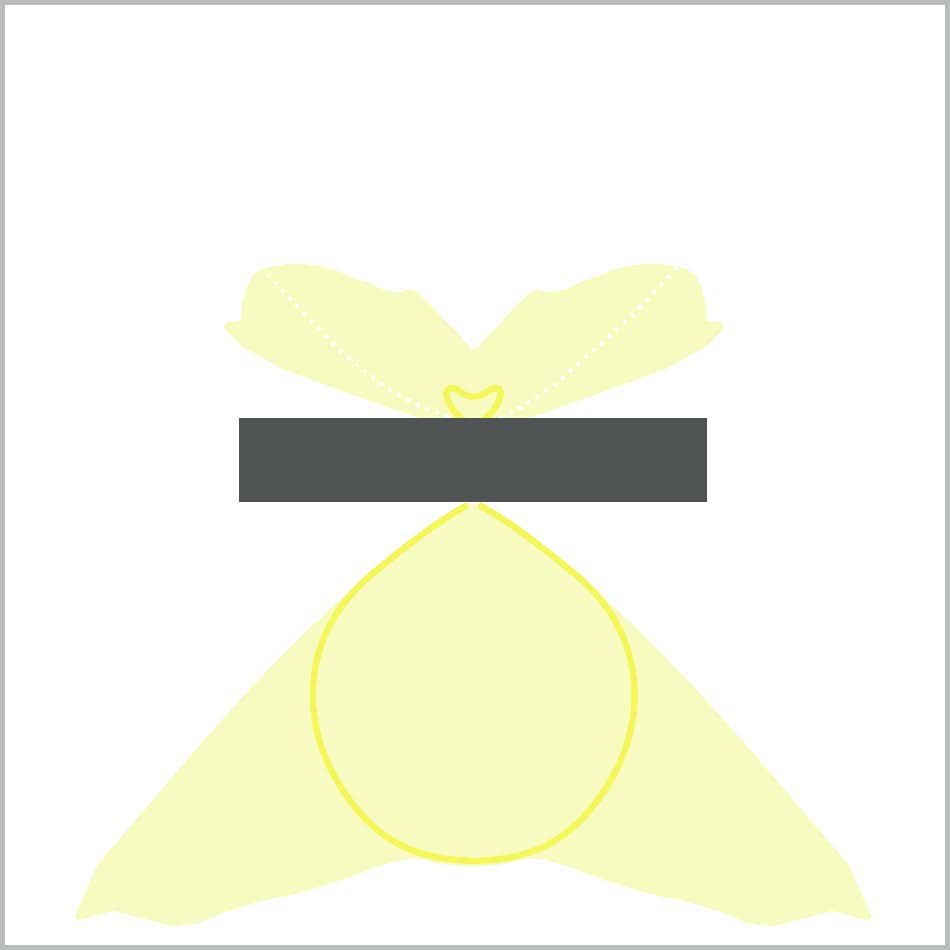 This is a source of irritation for most users, leading them to believe, incorrectly, that the manufacturer has saved the wrong light distribution curve.

The following two pictures set out the problem. 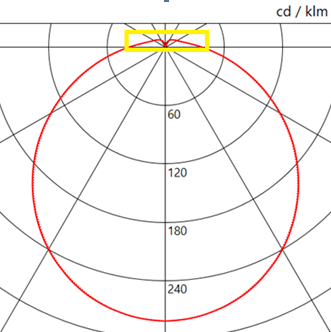 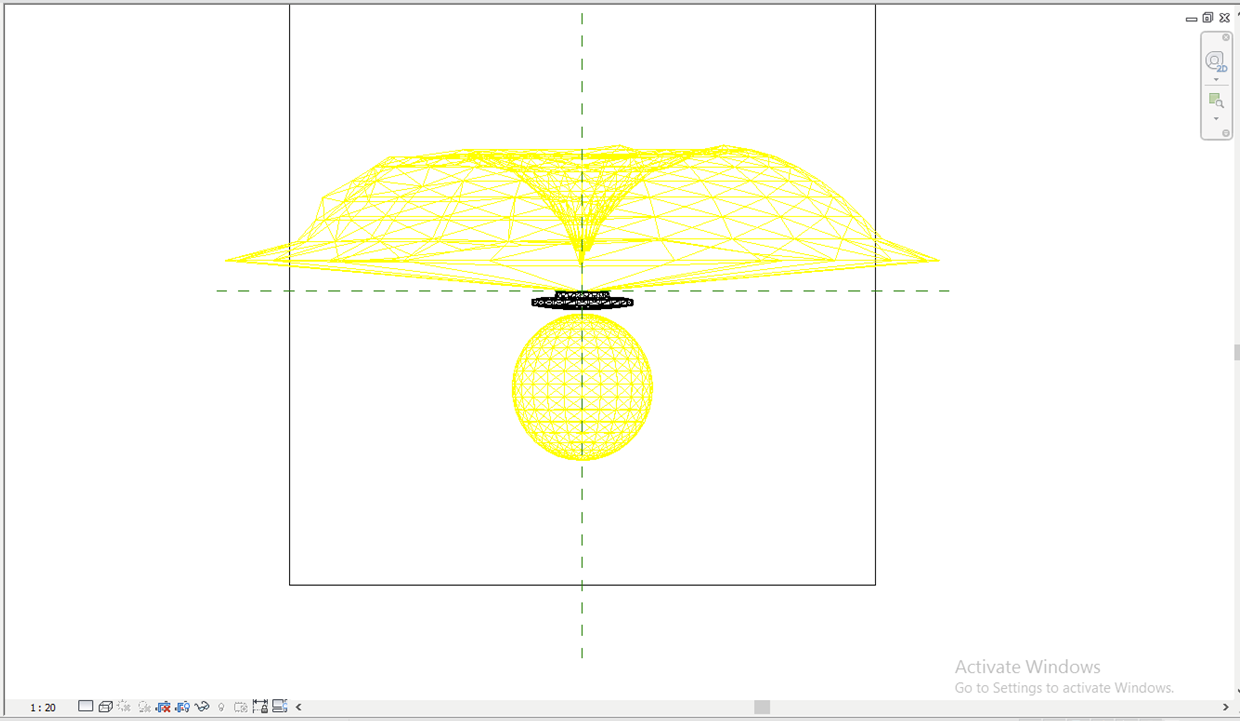 Users wishing to avoid irritations of this type should set the value higher, such as on 30%,

and, at the same time, accept that they have to make sacrifices in terms of the accuracy of the Revit renderings.

A value lower than the specified limit value would then simply cut off part of the light distribution curve. 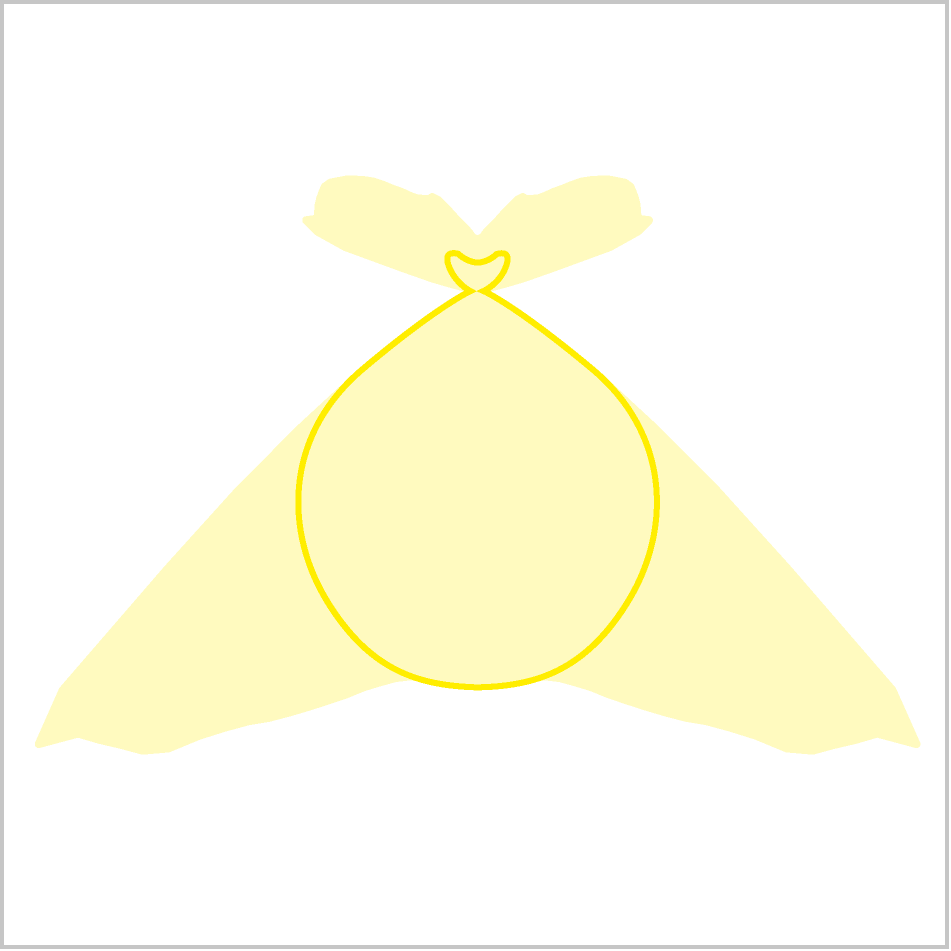 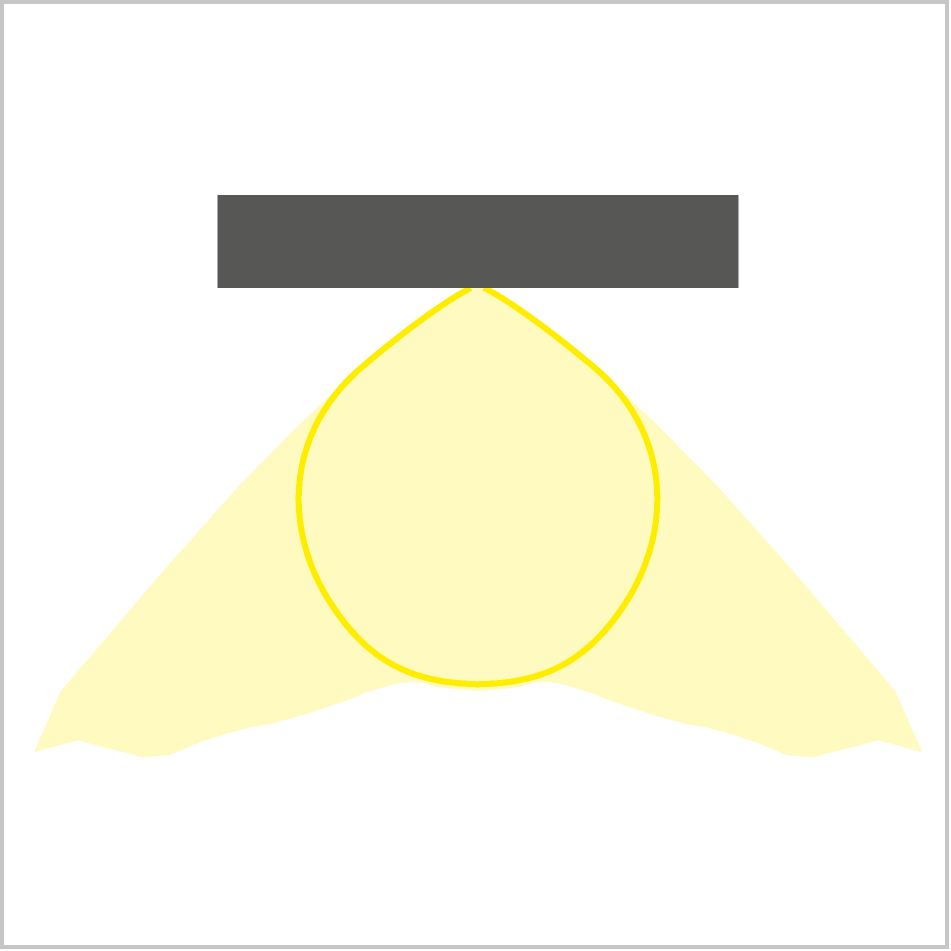 You will find more details on why great care is required when using the renderers in Revit at the moment in the article Limitations in Revit Renderings.