Prior to the calculation, it is necessary for at least one row of luminaires to have been positioned. To do this, you should go to the ReluxTunnel ribbon.

You should then select the luminaire row option. When this option is activated in the project for the first time, the Product selection window for the selection

of a luminaire type will automatically open. It is also possible to proceed via the standard route for selecting a luminaire. 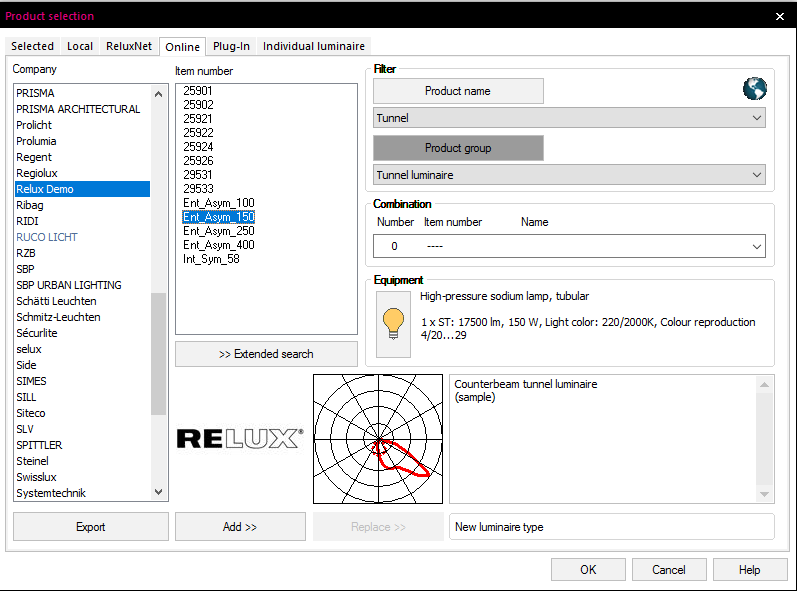 Note:  In the Product selection window, you can select the Individual luminaire tab in order to import individual Eulumdat files.

Digital light distribution curves from a wide range of manufacturers can then be imported in a highly flexible manner.

In the standard case, there will be a light distribution curve for each luminaire/lamp type, which you can read in.

where you can change the desired data (e.g. the luminaire name and number, the lamp type, lamp power, luminous flux and installed power).

After the change, has been made, it is important for the lamps read in to display different luminous fluxes in line with the lamp employed. 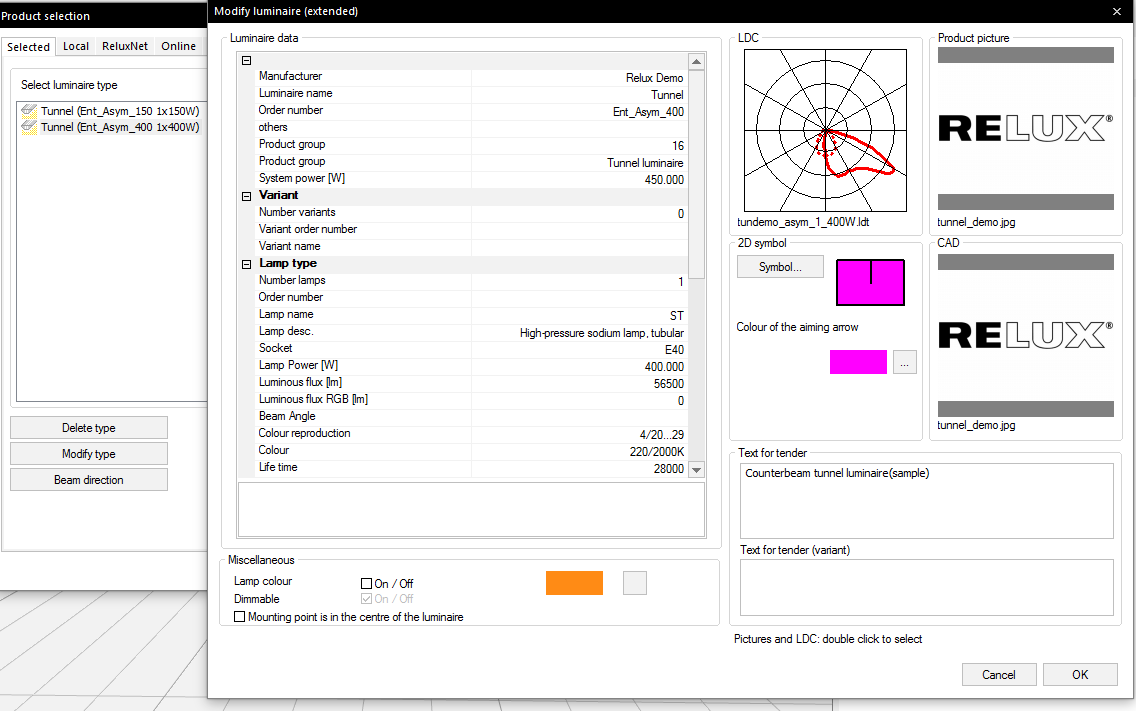 After entering one or more luminaires in the project, you should close the luminaire selection. The Options window will then open automatically.

At a subsequent point in time, you can also open this window directly in the Tunnel ribbon bar by means of the

Here you have the opportunity to define alternative equipment and different regulating steps.

In the Alternative equipment dialog, it is possible to classify the luminaire types that have been read in as adaptation or interior lighting.

Under Unused luminaires you can see all the luminaire types that have been read in and not allocated.

The Delete button is used to cancel the allocation, and the luminaire type will appear under Unused luminaires again. 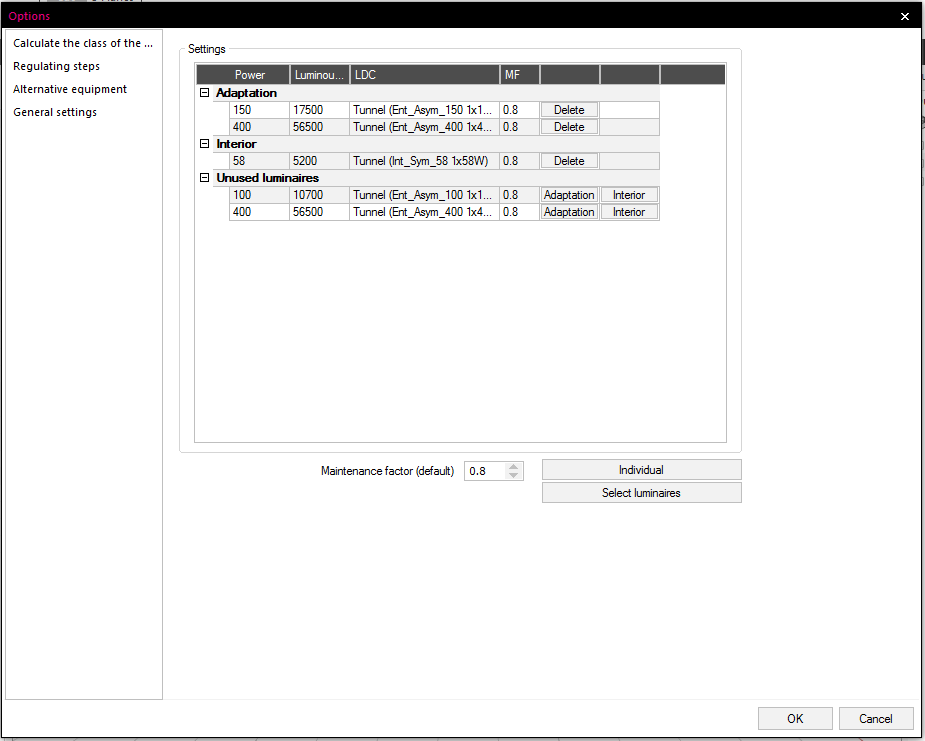 It is possible to make more than one entry in each field. The order in which the luminaires are entered does not matter, since this will be reconfigured automatically

on the basis of the luminous flux each time the Options window is closed and opened. Each luminaire type can only be used once.

By using the individual button, the maintenance factor for each luminaire can also be specified separately.

If you see that certain luminaire types are still missing, you can press the Select luminaires button to go directly to the Product selection window and read in new luminaire types.