In the case of tunnels with two-way traffic, it is possible for these to be so short that the transition zones of the two portals overlap in the centre of the tunnel.

The extended function of Reverse row is provided to ensure that this middle zone can be calculated rapidly.

If both portals are to be illuminated in the same manner, the row of luminaires for the adaptation lighting can be duplicated.

After this, you should press on the

icon to open the Options window. In the Extended functions dialog, you can then use the Reverse row button to rotate the luminaires

in a row of luminaires by 180° and move them to the other tunnel portal, maintaining identical distances from this second tunnel portal. 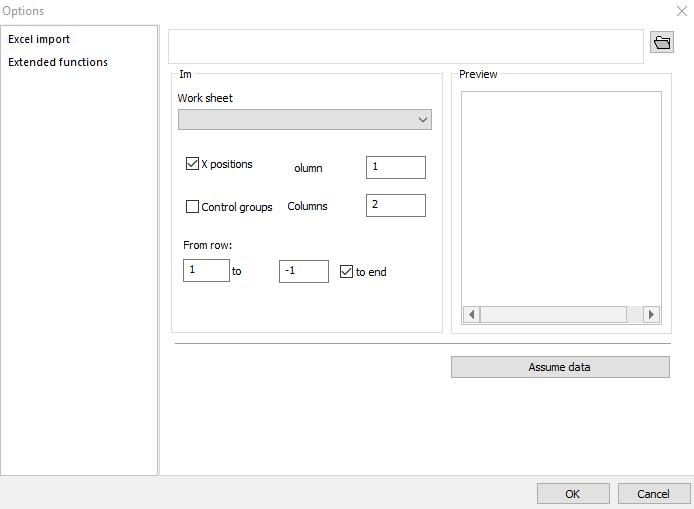 The Options window with the Extended functions dialog