If you prefer, however, you can also select the luminaires from within Relux. 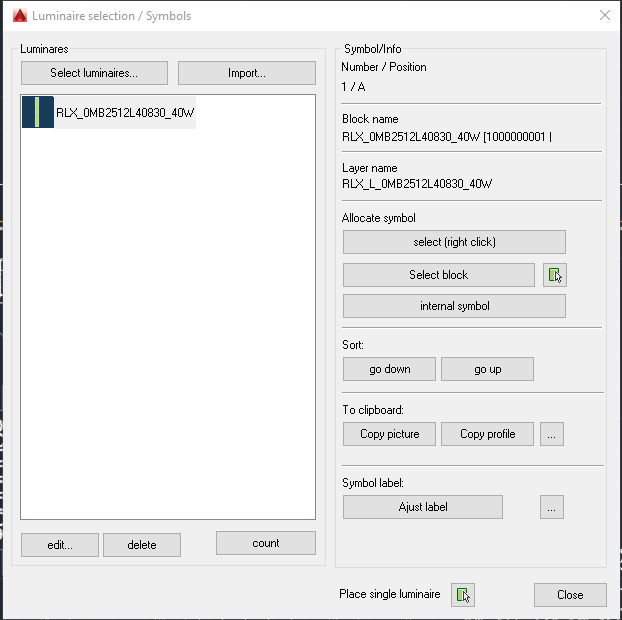 Click on the Select luminaires command button to proceed to the Relux luminaire selection window.

Here you have the same manufacturer libraries and options at your disposal as in Relux.

To select one or more luminaires, proceed in the same way as in a Relux project and press OK to confirm.

Before you use the luminaires in your AutoCAD drawing, you must allocate a symbol to them.

You can do this by selecting a symbol or creating a standard symbol. (More information on luminaire symbols may be found in the article entitled “Luminaire symbols”).

By using the Select block command, you can allocate symbols/blocks that already exist on the drawing to a luminaire.

Note: Please ensure that you only use symbols that depict lights. Changes to the lights, such as to the light dimensions, can lead to these symbols being modified.

You can also use the Import command to import luminaires from other AutoCAD plans that already contain luminaires.

With the Place single luminaire command, you can draw symbols in the plan directly from within the dialog.