The glare caused by luminaires can be evaluated using the CIE's Unified Glare Rating (UGR) method. To do this, the glare of the entire lighting system is calculated

for a defined observer position. According to DIN EN 12464-1, different UGR values have to be observed as a function of the difficulty of different visual tasks. To add

a new UGR observer, go to “Insert/Measuring object/UGR“. With the first click on the floor plan or the 3D view, you create a new UGR point. The observer is placed

at a standard height of 1.2 metres and has a vision range angle of +15 and -15 degrees. The new UGR observer is positioned in the scene tree as follows:

UGR observer in the scene tree

The following parameters can be set for the UGR observer:

After a scene has been calculated, the output for the glare rating can be opened via the output tree under "Calculation results/UGR“. The maximum UGR value is marked on the output.

In addition, the glare in the angle range is depicted as a red line on a diagram. At the top right of the output, the observer's viewing direction is set out. If glare occurs in this area, this will

be marked with a red line. 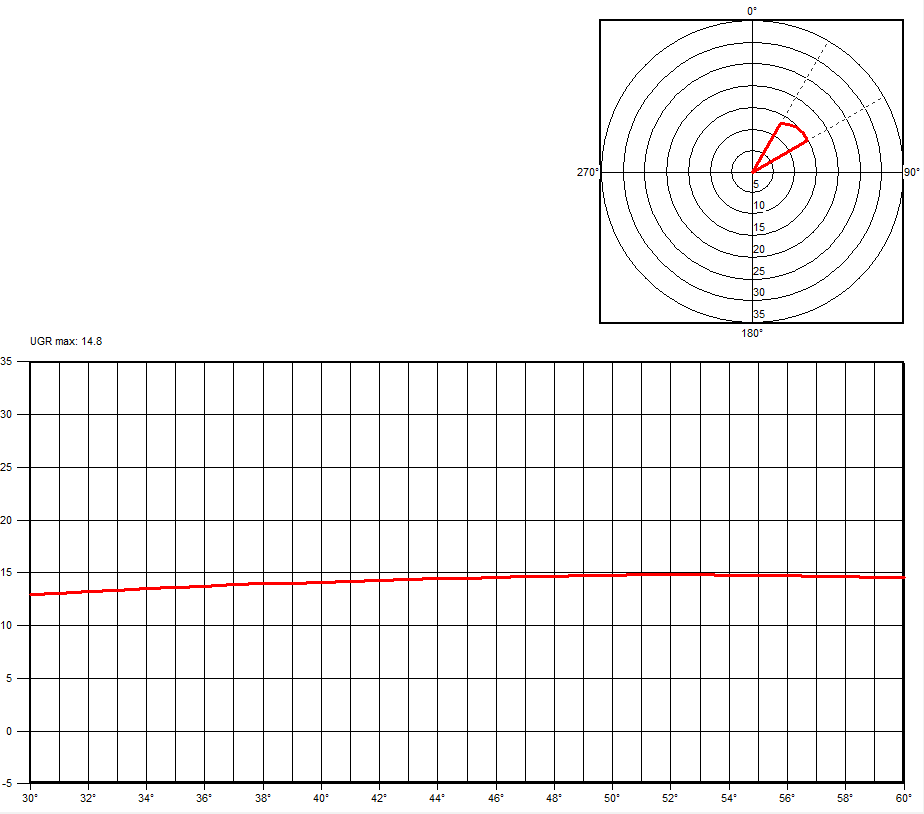 Output for a UGR observer