If different variants or lamps are available for a luminaire, it is possible to configure the luminaire. 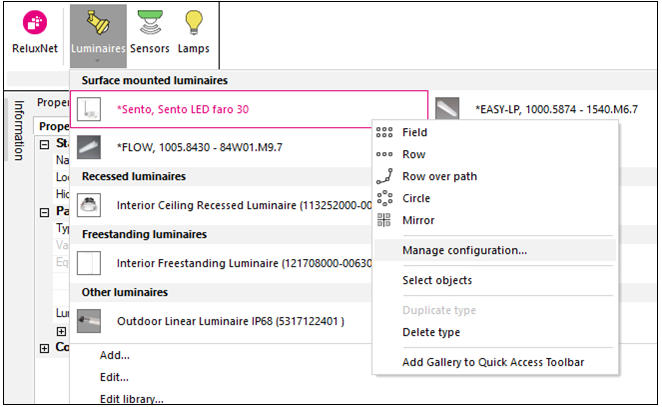 As soon as you select a configurable luminaire in the luminaire list, the "Select configuration" dialog will appear. 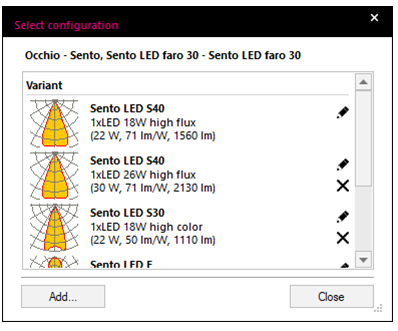 If several luminaire configurations are listed, the selected configuration can be placed in the project by clicking on the desired entry.

The "pencil icon" can be used to change and overwrite existing configurations. The luminaires that have already been placed are then also changed. 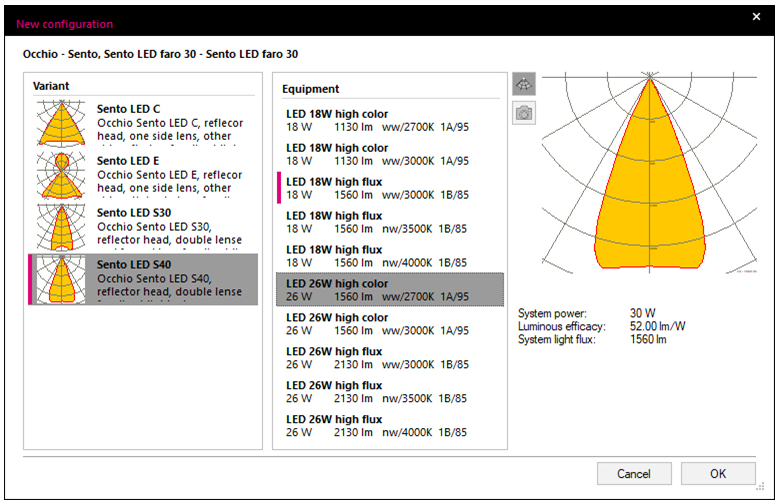 The different variants and associated bulbs can be selected, working from the left to the right.

The pink bar along the edge of the variant and the lamp shows the original configuration.

If the luminaire has more than one head, a selection box will appear for the heads.

The individual heads can then be configured as described by selecting the variant and the lamp. 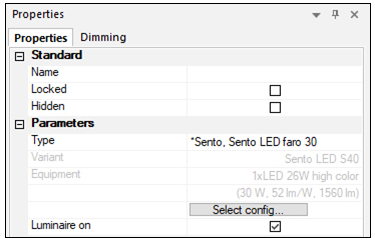 If a positioned and configurable luminaire is selected in Relux, the configuration can be edited in the Properties window.

To do this, click on the "Select config." button. The selection dialog for the configuration will then appear. 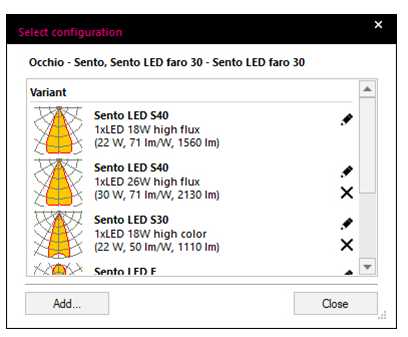