The sequence of the operand objects within the Boolean group may be decisive.

This is the case, for instance, if objects are to be subtracted from each other (creation of a difference).

It is important to specify which object is to be subtracted from which other one here (A-B ≠ B-A).

The sequence can be subsequently altered via the scene tree.

To do this, click on the object whose position is to be changed and, keeping the left mouse button pressed, move it to the desired position.

If it is moved to the group node of the Boolean object, it will fall out of the group, or alternatively fall into it, depending on whether it was already in the group or not.

The following example shows how the corner of a cube is to be cut off by a second cube.

However, the group was generated in the wrong sequence. In order to change this sequence, you should proceed as follows: 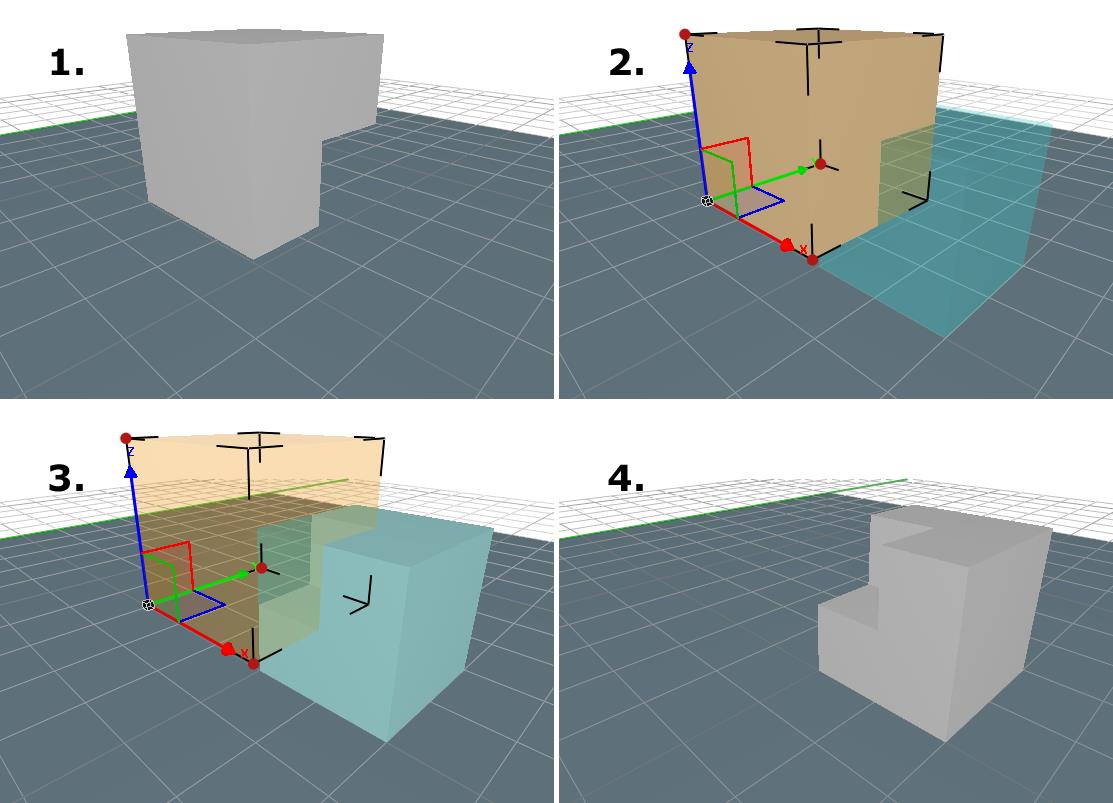 Changing the sequence in a Boolean group

1. The object generated the wrong way: the lower cube is subtracted from the upper cube.

2. Select the upper cuboid in the scene tree (first sub-object in the Boolean group).

Let go of the mouse key (drag and drop).